Combining baking soda and vinegar is a classic science experiment that is a guaranteed crowd pleaser every single time. But mix the two ingredients in a sealed plastic baggie and the excitement goes through the roof!

The exploding baggie science trick is sure to knock kids’ socks off.

Check out the simple step-by-step below and then snag our 30 Science Experiments that are kid-approved and tons of fun! 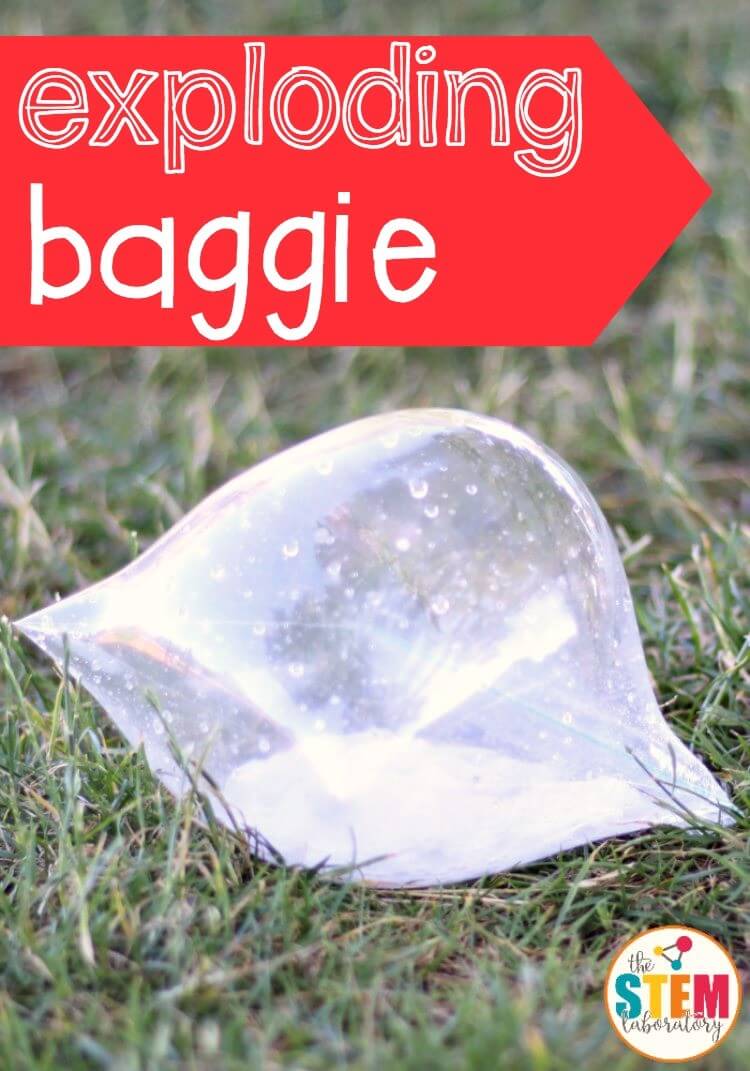 This activity can be a bit messy, so we chose to do it outside. Before heading off to the park, we gathered a few simple supplies:

We poured 1/2 cup vinegar into the baggie and set it aside.

Then we placed 1 tablespoon baking soda onto a couple of squares of toilet paper. We folded and twisted the toilet paper up so that the baking soda was in a little pouch inside. 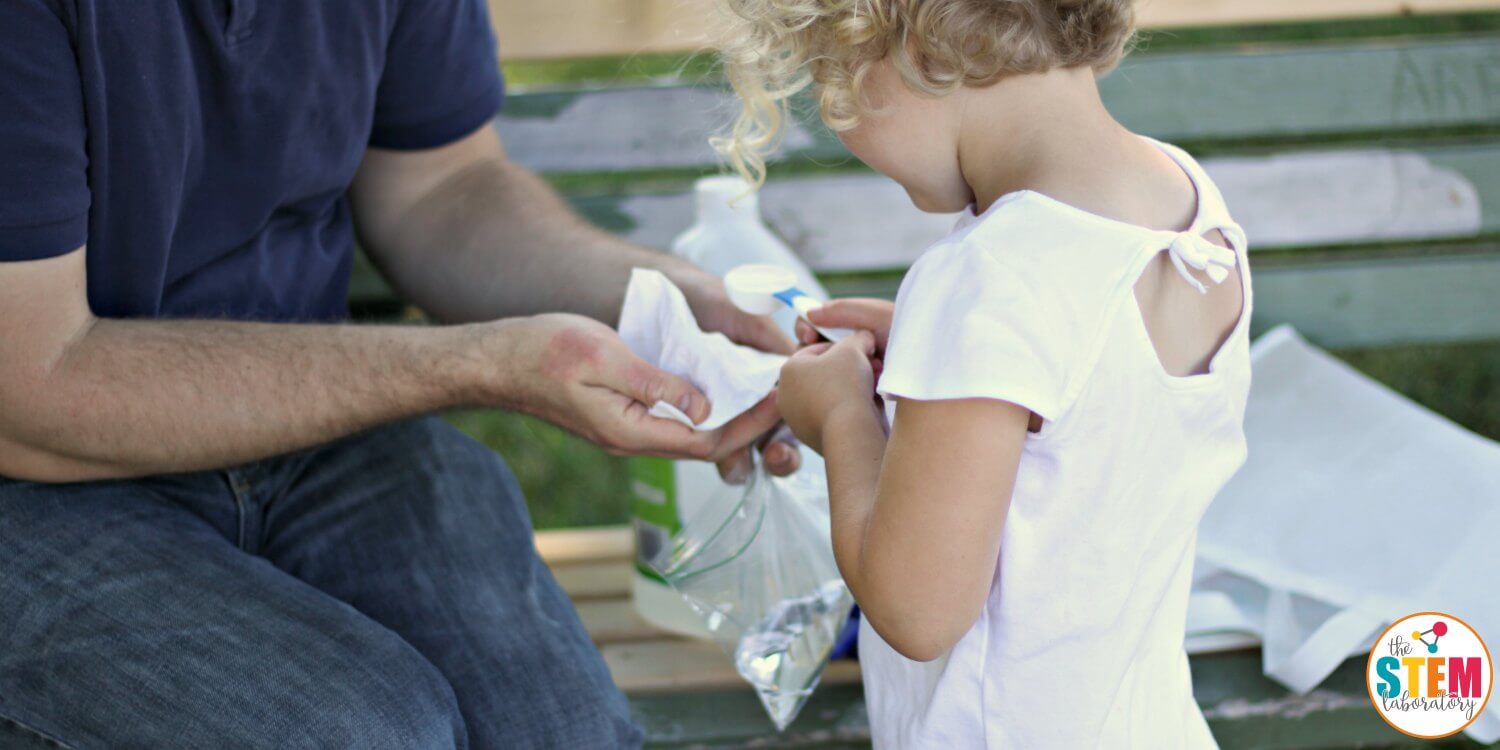 We had to be fast for the next part!

We made sure the baggie was sealed except for one little section.

Within a few seconds the baggie exploded with a loud “POP”! 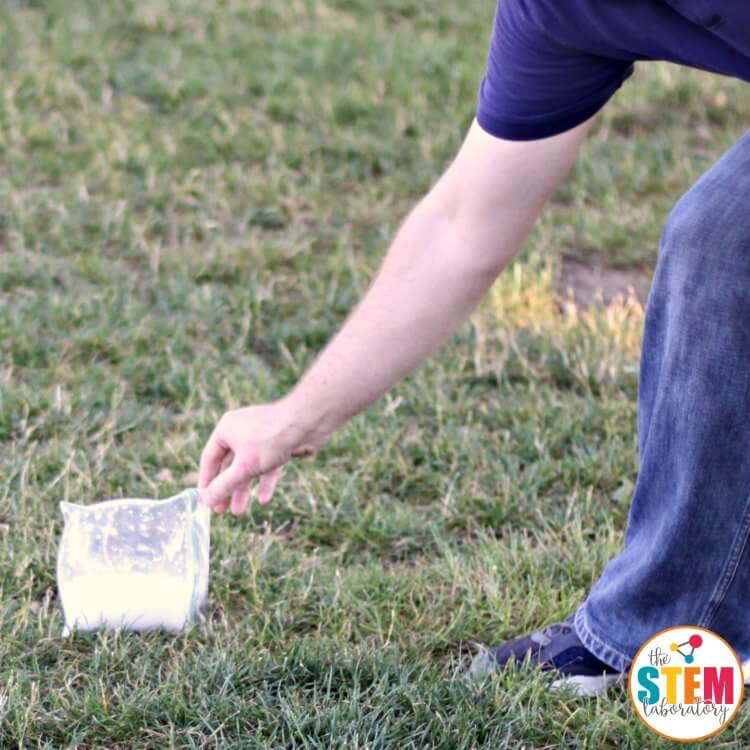 This science experiment was SO fun. My kids wanted to do it over and over again.

We attracted quite a crowd of onlookers (both children and adults) who were excited about what we were doing too. This is a science activity we will definitely be repeating!

Why Does the Baggie Explode?

When vinegar and baking soda mix you will notice that the solution fizzes and bubbles. This is because carbon dioxide gas is being produced.

As the carbon dioxide is made, it fills up the baggie and builds up the pressure until the baggie can’t hold it anymore and pops!

Depending on the strength of the baggie, you may notice that it breaks through the zipper, along the bottom seam, or even straight out the side!

Save time piecing together science lessons! Hop over and snag our 30 Science Experiments – complete with a no prep journal to record results!