Pattern block mats take on a whole new level of challenge and fun when kids need to roll each number with dice before they can cover it. These playful community helper themed mats work on shapes, counting, number recognition and adding at the same time. They are a perfect compliment to our Pattern Block Activity Pack! 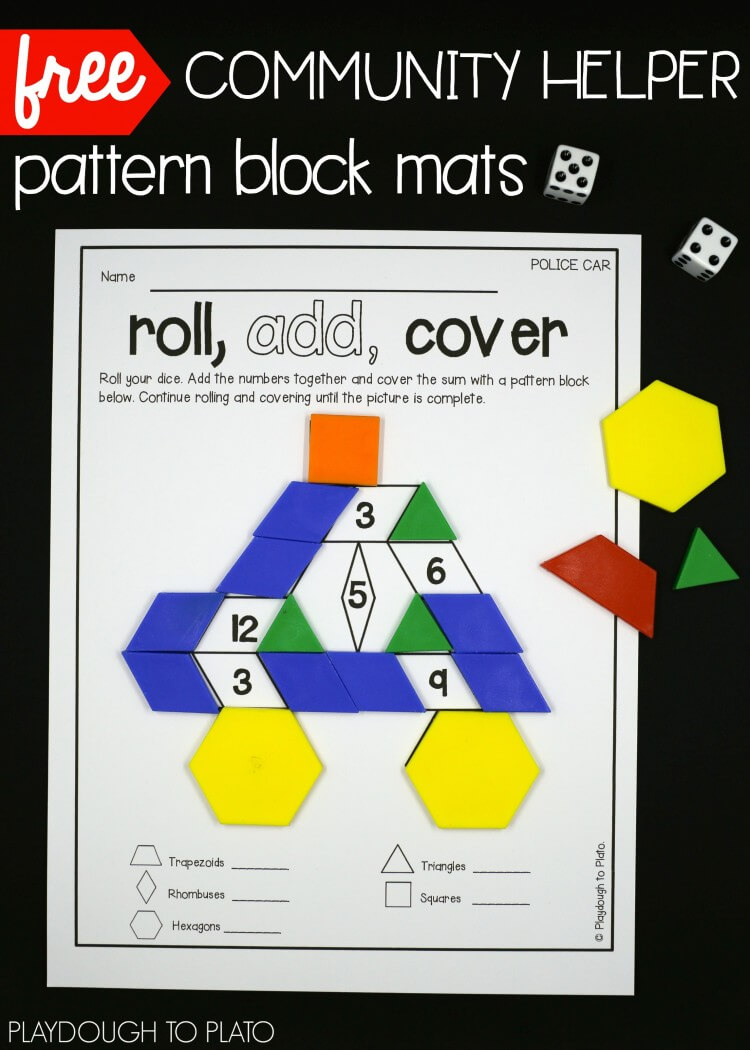 To prep the activity, I simply grabbed our box of pattern blocks (available on Amazon here) and dice (available here) and printed out the mats – the counting versions for Little Sister (age 3) and the adding pages for Middle Brother (age 5).

The kids had been watching me prep so they were eager to jump in and get to work.

I showed Little Sister how to roll the die and count the number of dots that landed on top. Then I helped her find the matching number on her sheet. I named the shape as we pointed to it and challenged her to find the matching pattern block to slide into place. 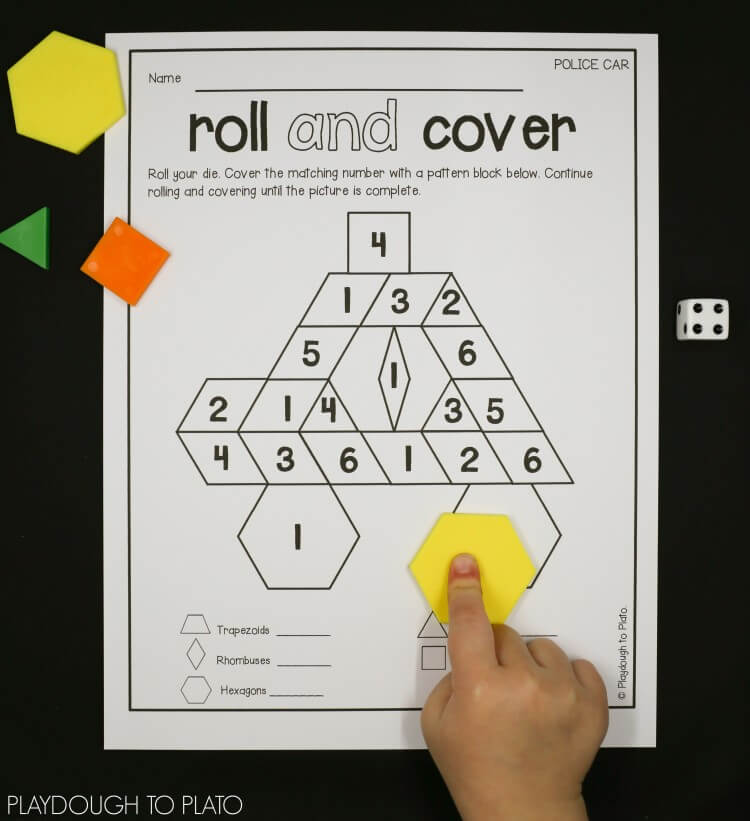 One roll after the next, she counted, searched and covered all of the spaces on the board to build her police car. 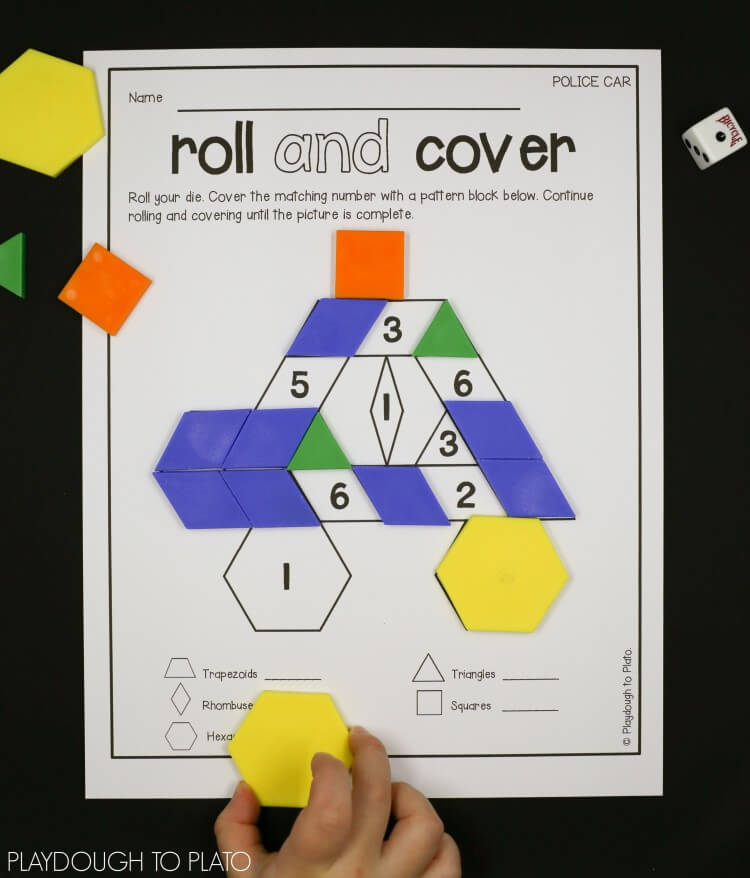 Meanwhile, across the table, Middle Brother was taking the game one step further. He rolled two dice together and added up their sum.

I loved that they could both be working on the same activity but at their just right level.

When the kids completed their police cars and added up the total number of each shape, they were excited to tackle project #2: a fireman spraying out a fire with his hose! 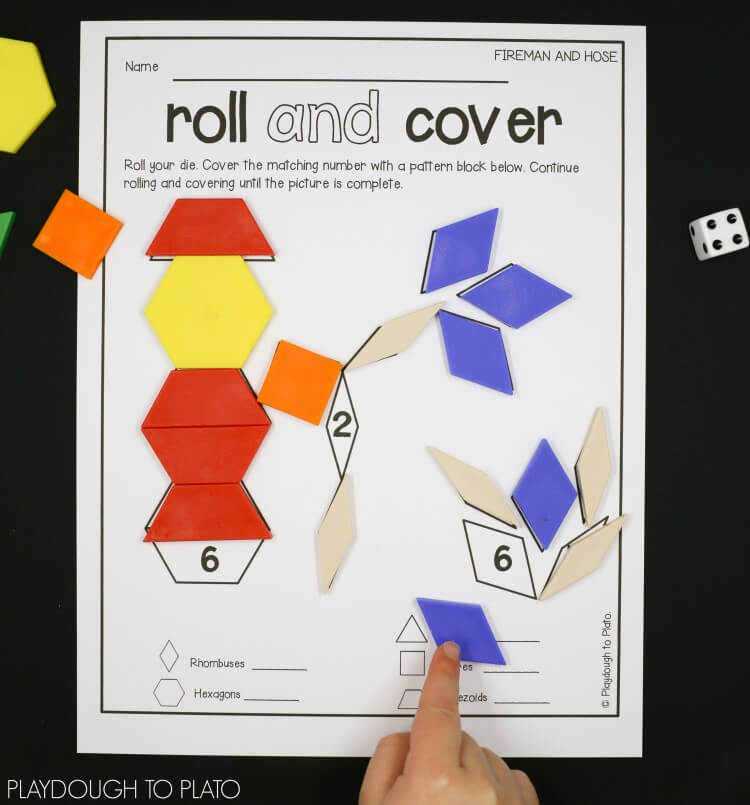 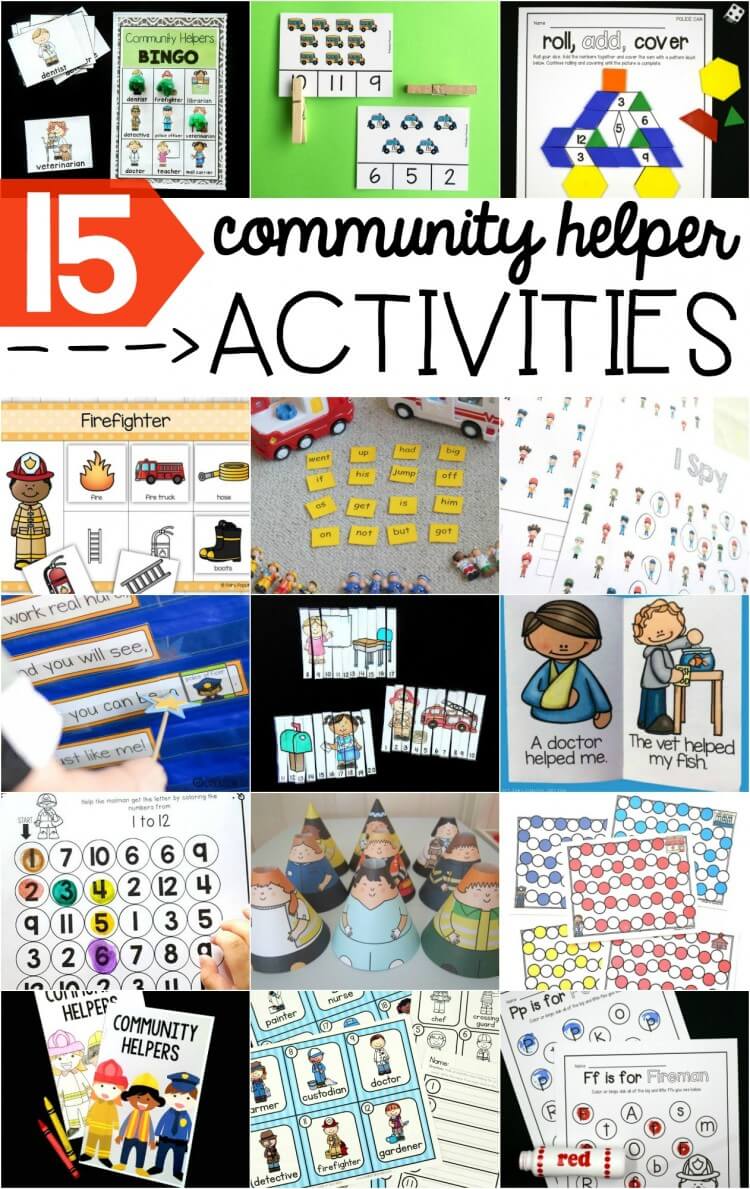 FROM LEFT TO RIGHT:

People Who Help Us Alphabet Match // Adventures of Adam