Addition is a skill that is best reinforced with hands-on practice. Manipulating and moving objects helps students understand the concept of two groups coming together to make more. These bright and engaging rainbow addition mats are a perfect math center to get little hands moving manipulatives and writing addition sentences!

Grab your set below and then snag 15 EDITABLE Math Fact Games in our shop! 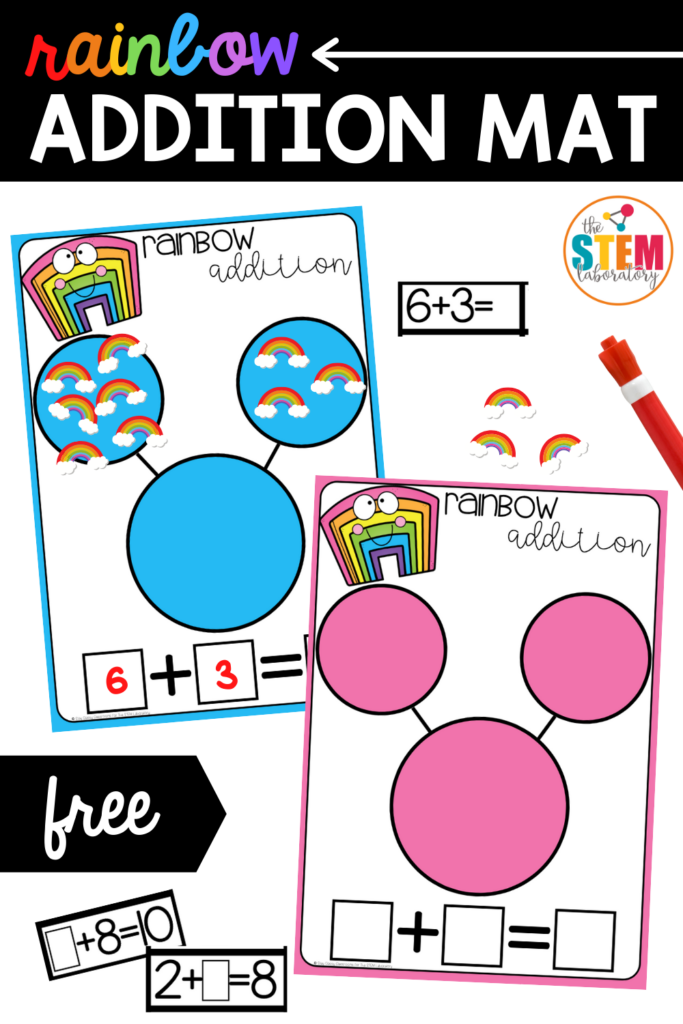 To prep, I printed off the addition mats full size.

There are 6 different color choices or a black one for you to print on colored paper if you’d rather save ink.

I popped the mats through the laminator to give them added durability and make them write and wipe.

Then, I printed out the addition facts. Some students would work on basic addition and some will work on missing addends, so I separated them and popped them into two containers.

I had some super-cute rainbow erasers that teamed perfectly with this activity! If you don’t have these, grab some counters or buttons that the children can use to count with. Ideally, they will need 10 each. 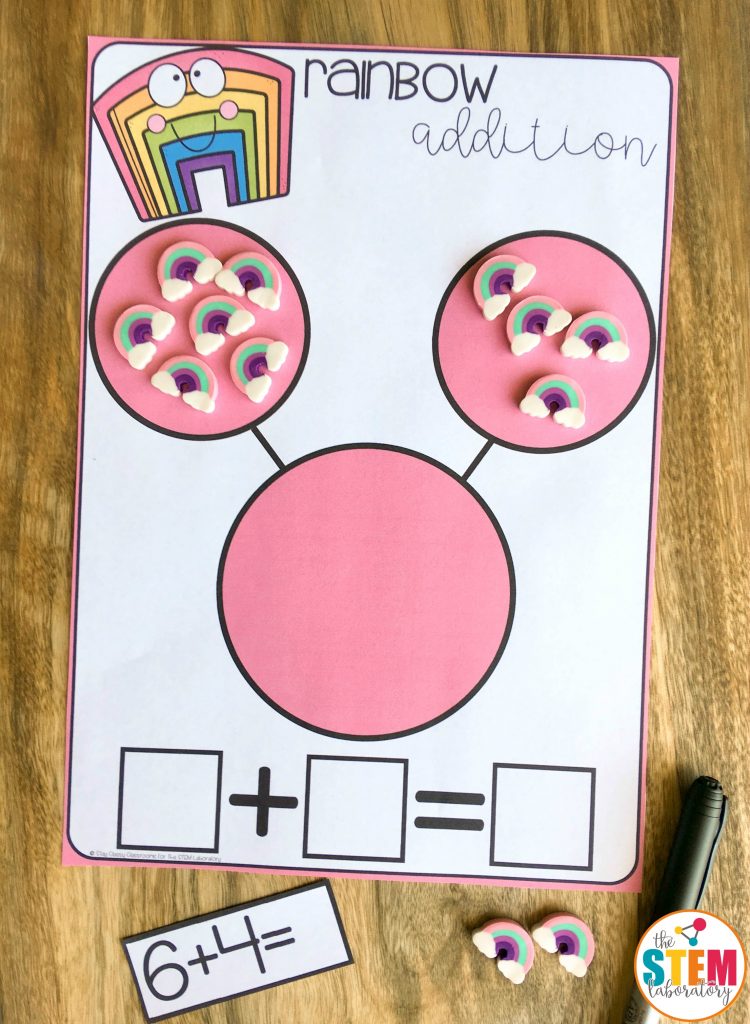 As I said above, I differentiated based on the abilities of my children. Some worked on basic addition and some worked on missing addends, but the general instructions were the same.

I had the students select a problem from the container they were working from.

They needed to show me the two numbers in the top circles with their counters. We then physically moved all the counters into the circle at the bottom and counted the total.

Then, using a dry-erase marker, we wrote the sum and answer at the very bottom of the mat. 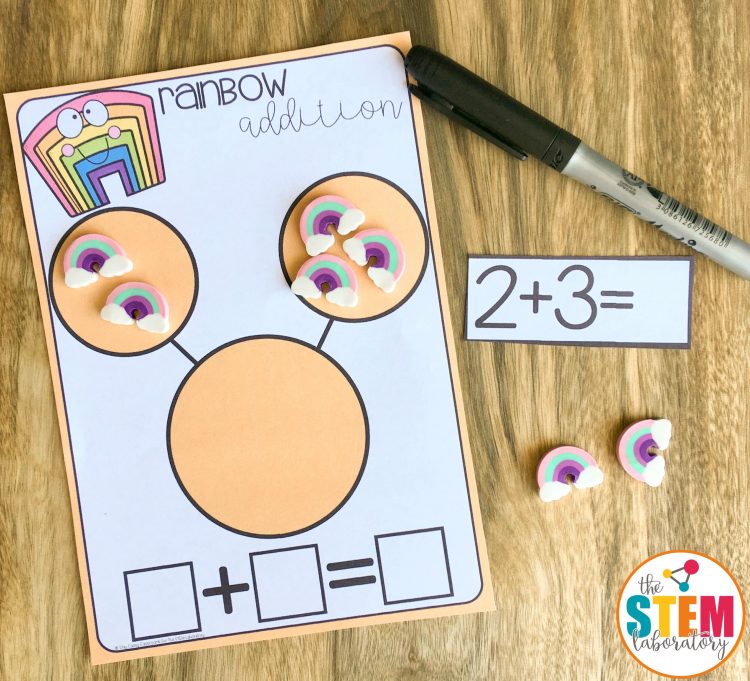 You could also use these mats to focus on different addition strategies!

For example, to model the counting on strategy, you would move the larger number of counters from the “part” circle to the “whole’” circle and then count on to get to the other amount.

For missing addends, you could start with the total in the “whole” circle then move the part that is known to the “part” circle. The child is then left with the unknown quantity.

These mats could also be used for larger numbers when the children are ready. Just use smaller counters and have the children come up with the sums they would like to solve!

Ready to play?! Click the blue download button below to snag your free rainbow addition mats and then hop over to snag 15 EDITABLE Math Fact Games!