Sometimes the simplest activities are the biggest hits with kids. That’s certainly true for these easy DIY magnetic craft sticks.

They are a motivating way to work on shapes, patterns, alphabet letters… there are so many possibilities. They’re great to use as a math center or STEM box in preschool or kindergarten! 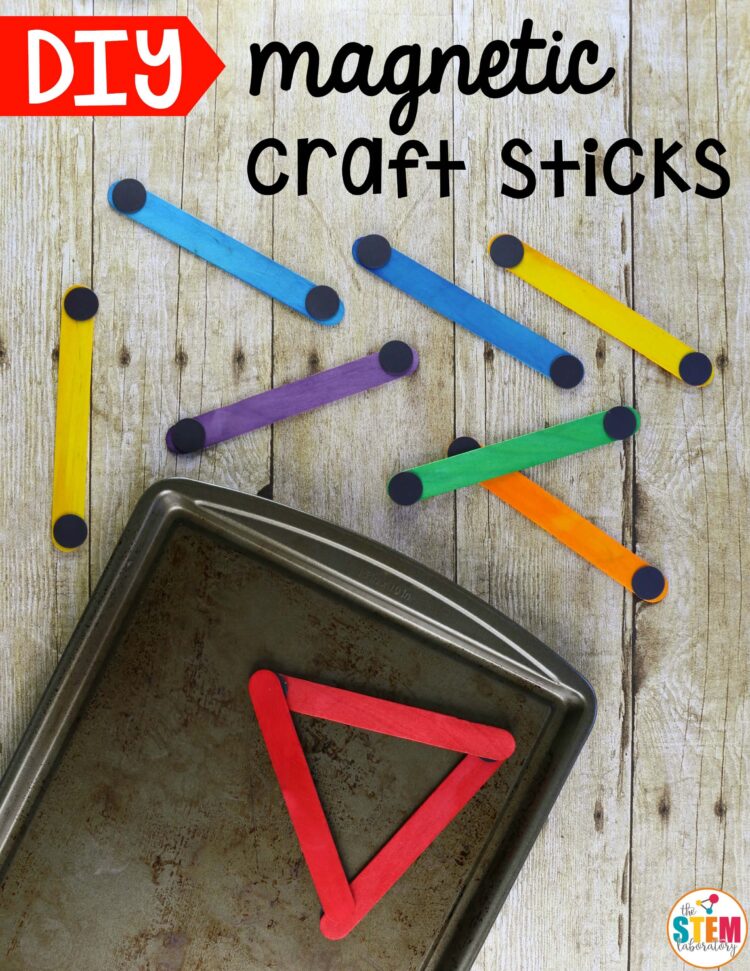 To prep, I grabbed a pack of jumbo rainbow craft sticks and self-adhesive magnetic circles and stuck one circle on each end of the sticks. 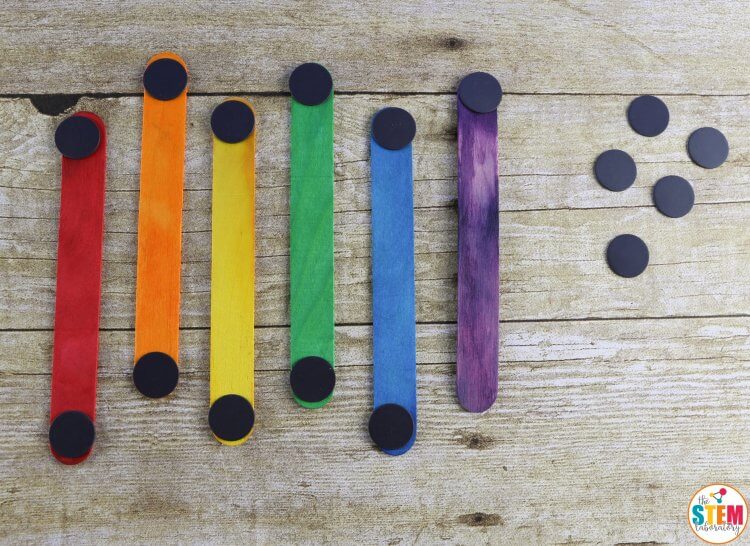 Then I grabbed a cookie sheet from our kitchen and invited Little Sister (age 3) over to join me.

After giving her a few minutes of free play, I made a triangle with a couple of the craft sticks.

We talked about how the sides were straight and then counted the sticks and the corners. She thought it was pretty cool that there were three of each – just like her age!

Keeping the triangle on the table as an example, I challenged her to use the sticks to make her own. 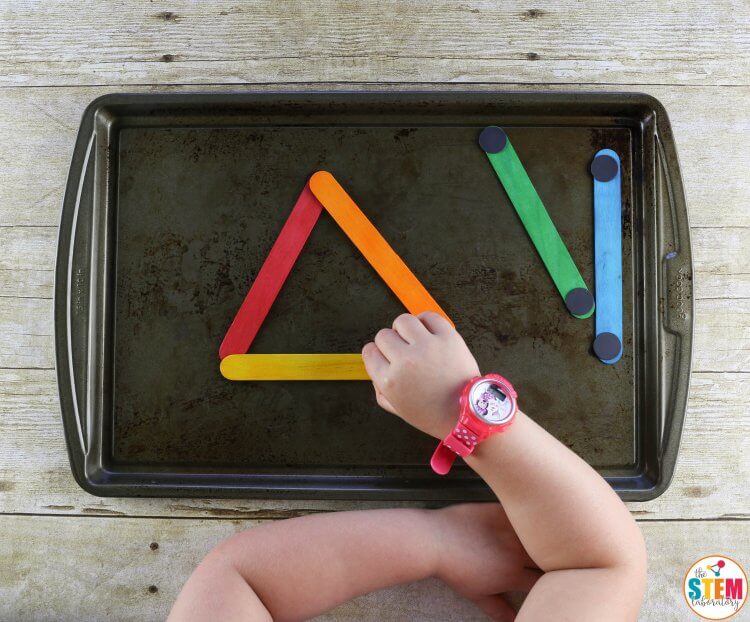 Then we repeated the same steps to make a square, 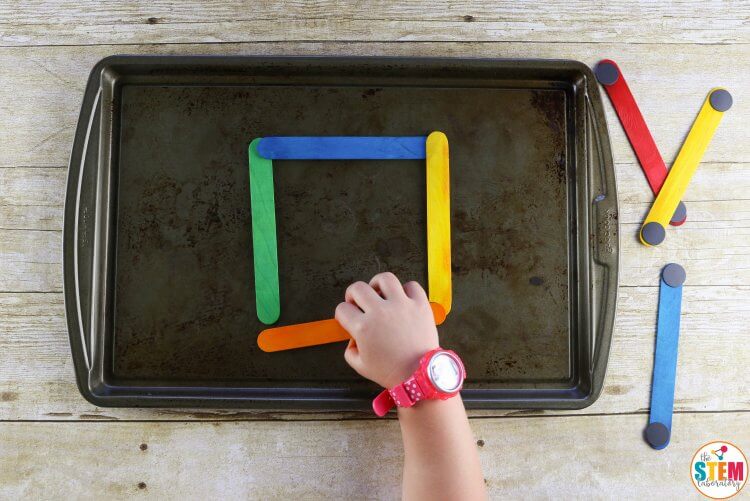 And even a few alphabet letters – including her favorite one: A. 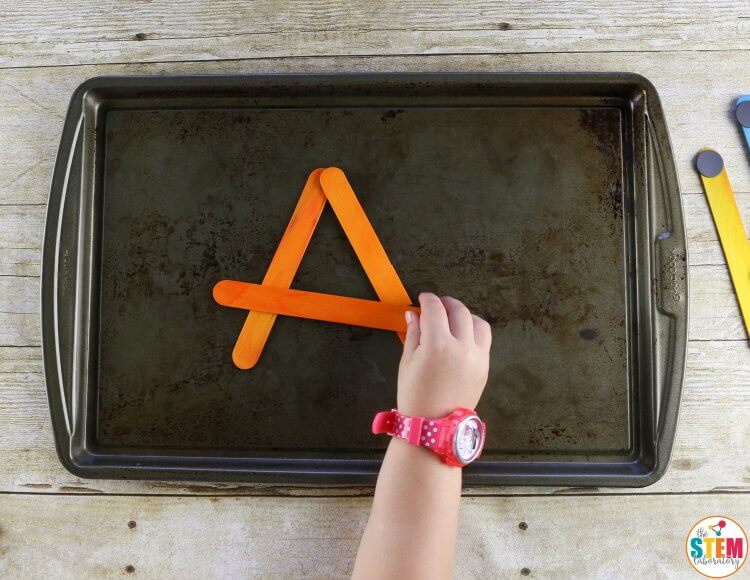 After a few more minutes of building, we switched gears again and started playing with patterns. We worked on ABC patterns like this one: 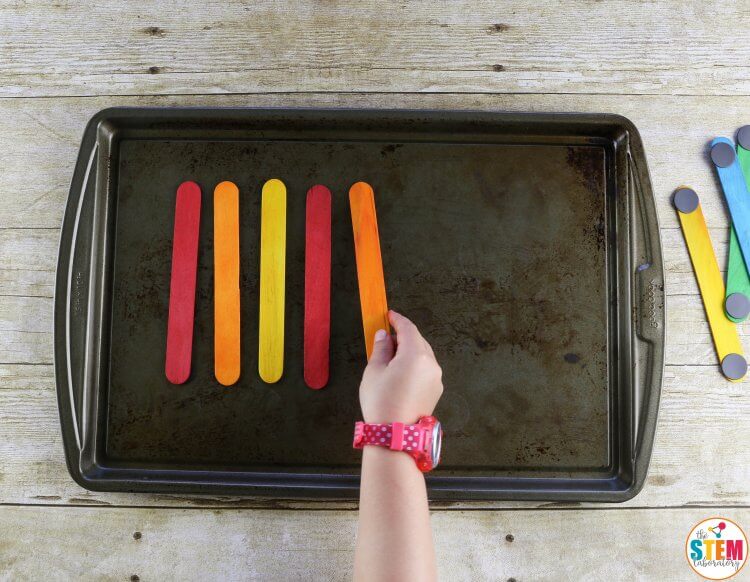 And practiced AB, ABB and even AABB patterns.

Saying the colors in the pattern out loud helped her identify the sticks to add next because she could see AND hear it.

Our surprisingly simple DIY magnetic craft sticks were a major hit. I hope your kiddos love them too!

Continue the playful learning by solving a batch of weight challenges! 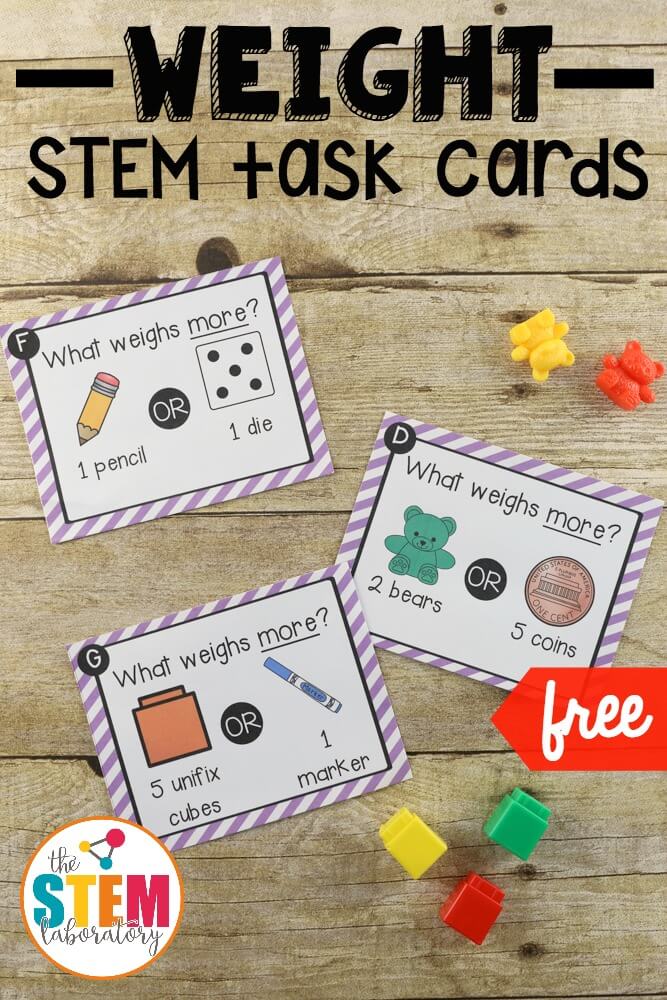