Will It Sink or Float?

This simple sink or float science experiment is great for kids of all ages! It’s a fun way to work on making predictions, testing hypotheses and drawing conclusions. And, as a big bonus, it’s perfect for Valentine’s Day.

Snag your set below and then hop over and grab even more STEM fun with our Epic STEM Challenge Bundle! 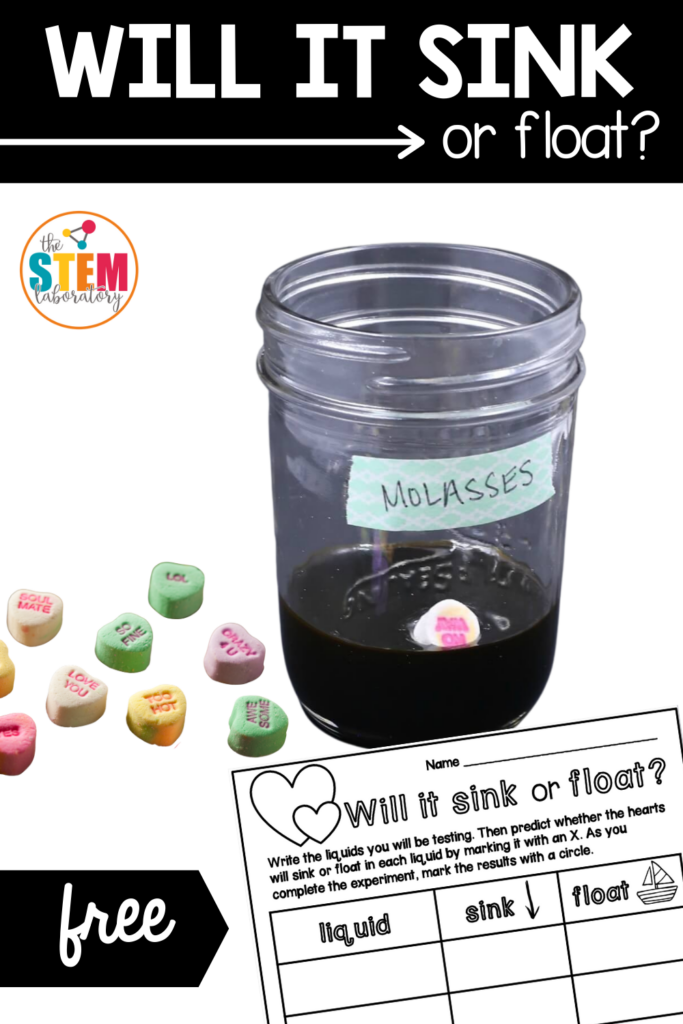 To prep, I grabbed a bag of conversation hearts and seven clear glasses. Then, I raided our pantry for every liquid I could find: apple juice, white vinegar, molasses, olive oil, water, maple syrup, etc.

Then, I printed off the free sink or float prediction sheet (below) and grabbed a pencil for Middle Brother to use when he filled it out. 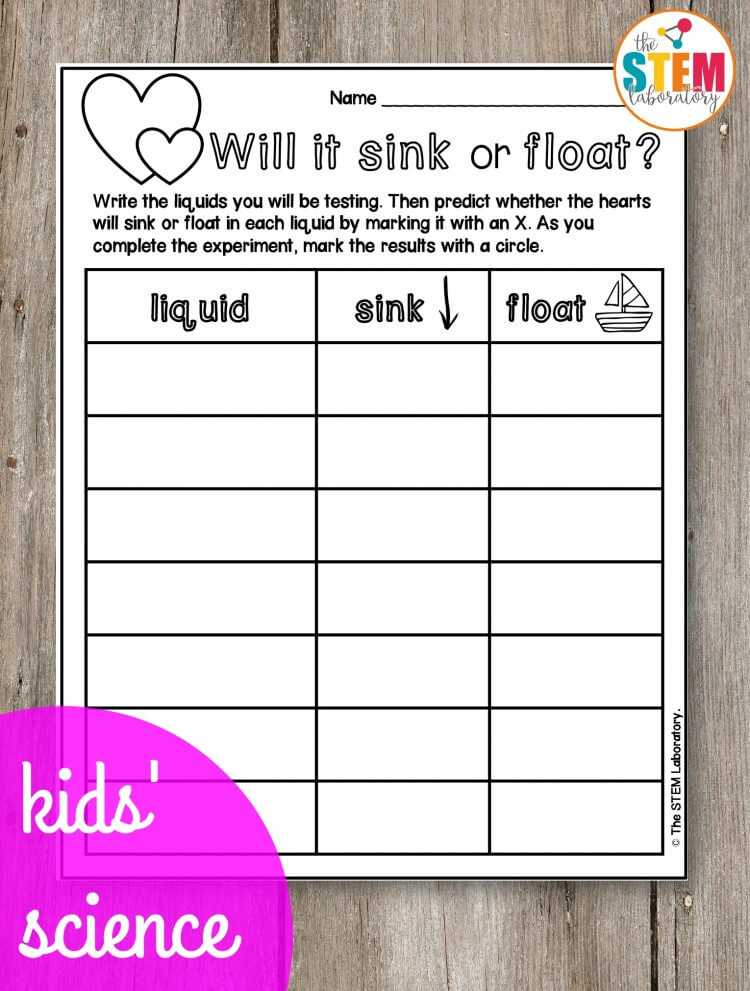 Will It Sink or Float?

Middle Brother (age 4) LOVES science experiments! Therefore, he was eager to jump in and start working. We filled each cup with a different liquid and labeled them with a strip of Scotch Expressions Tape. 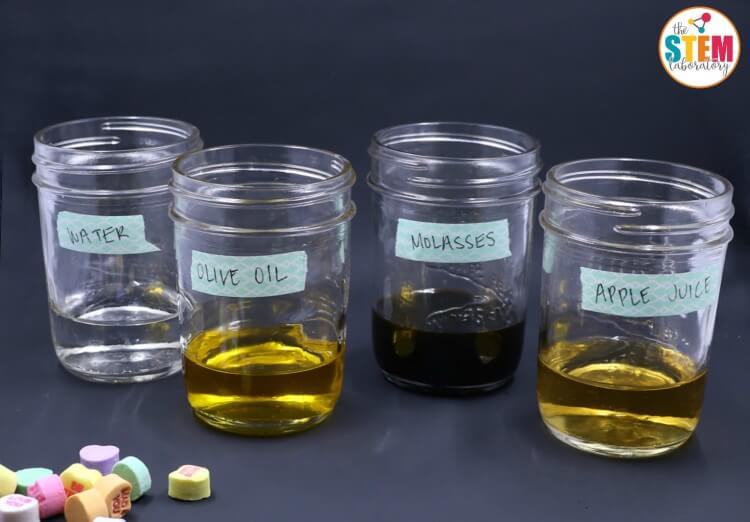 I helped him write down the name of each liquid on the chart. Then, focusing on one liquid at a time, he predicted whether the conversation heart he would drop in later was going to sink to the bottom or float on top. I marked his hypotheses with an “X.”

The most exciting part came next: finding out the results! We grabbed our cup of molasses, the first liquid on our list, and Middle Brother dropped in a conversation heart. 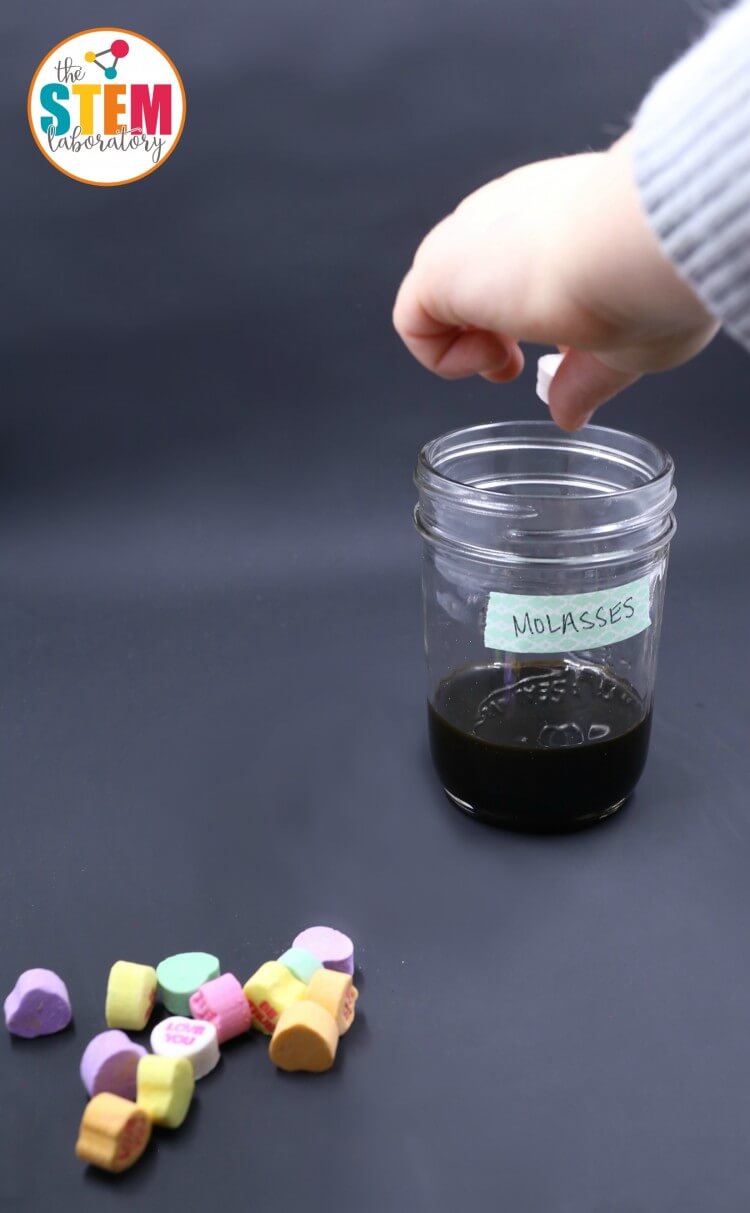 He was thrilled to see the heart plop on top of the sticky liquid and just float. 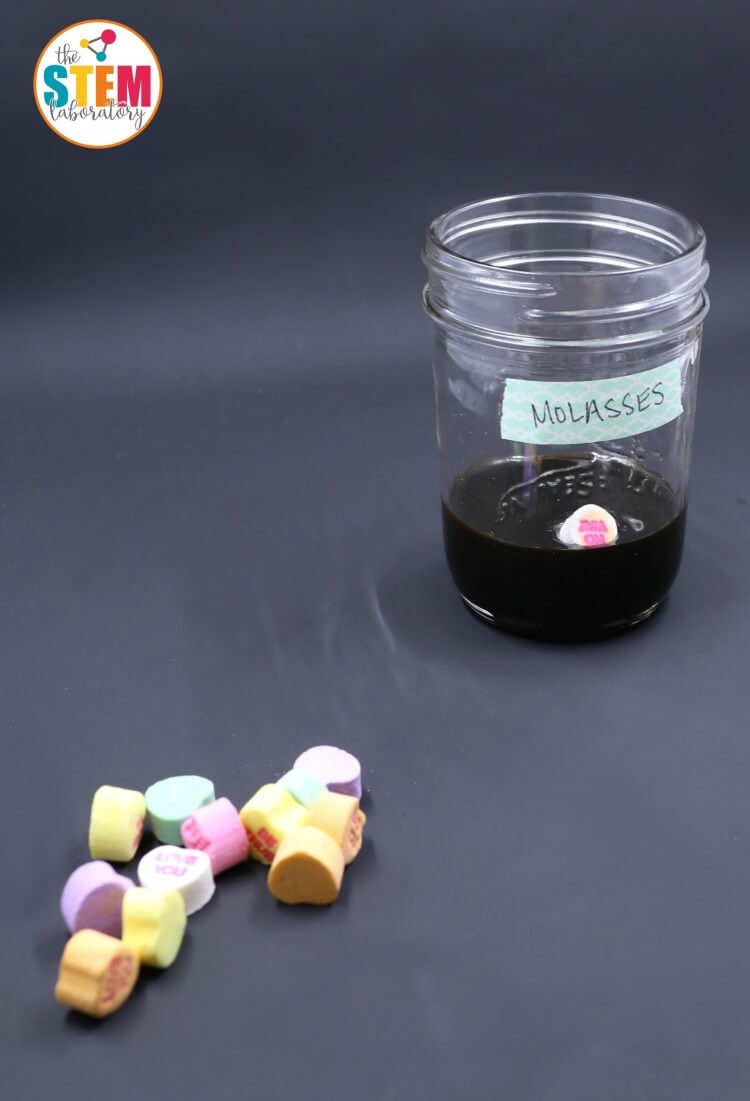 We marked the column “float” with a circle to show it was the actual result and talked about how it differed from his prediction (that the heart would sink).

Moving from one liquid to the next, Middle Brother continued testing his hypotheses and recording his results just like a grown up scientist.

Everything is made up of molecules – teeny tiny particles that can only be seen with a microscope.

Each of our liquids had a different density. As a result, when we dropped the conversation heart on top of a liquid, it would float on top if the liquid was more dense than the candy heart.

If, however, the liquid was less dense than the candy heart, it would sink to the bottom.

Snag your set below and then hop over and grab even more STEM challenges kids will LOVE with our Epic STEM Challenge Bundle!