Back to School Ten Frames

Ten frames are often used as a tool to teach counting, but did you know that they’re also a fabulous way to work on early addition skills too?! This playful back to school variety is great to pull out at the start of school to reinforce different combinations that make ten.

Grab your set below and then hop over and snag our Editable Math Games, too! 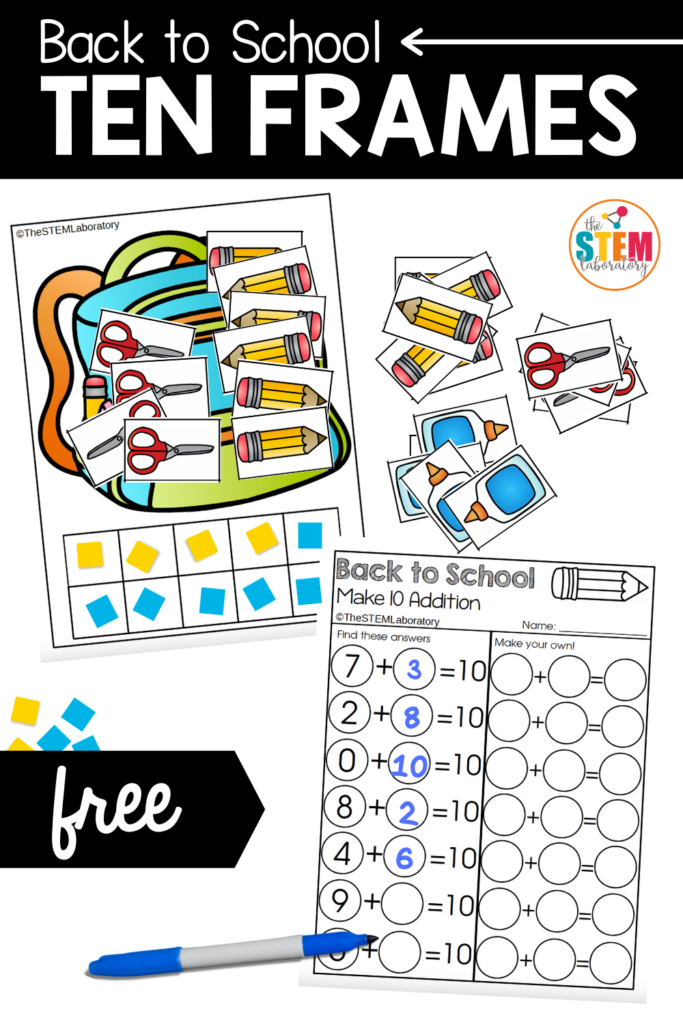 I prepped the activity by printing out and laminating the backpack ten frame page and school supply cards.

Then I gathered some math manipulatives to use with the ten frame.  We used linking cubes, but gems, LEGO bricks, or any small manipulative would also work.

The key with the manipulatives is to have enough of each color so the kids can see the groups. 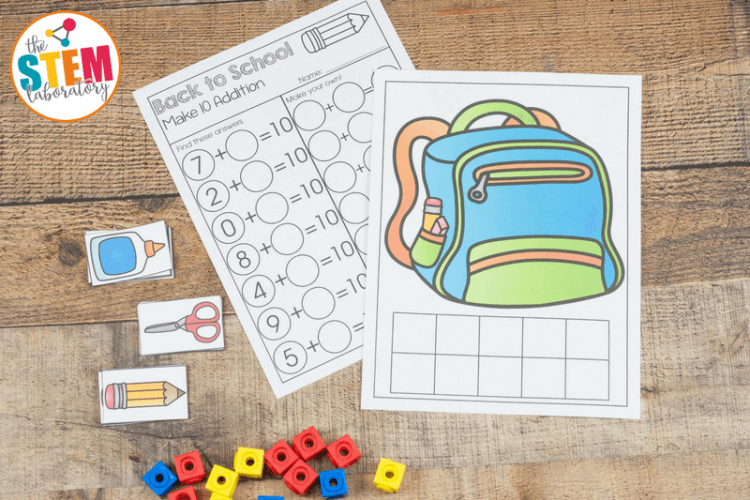 Back to School Ten Frame

We used the back to school ten frame as hands-on review for making ten.

I’ve found that reviewing number bonds that add up to 10 frequently has helped my kids a lot in addition.  There are so many addition shortcuts when you know your ten facts! 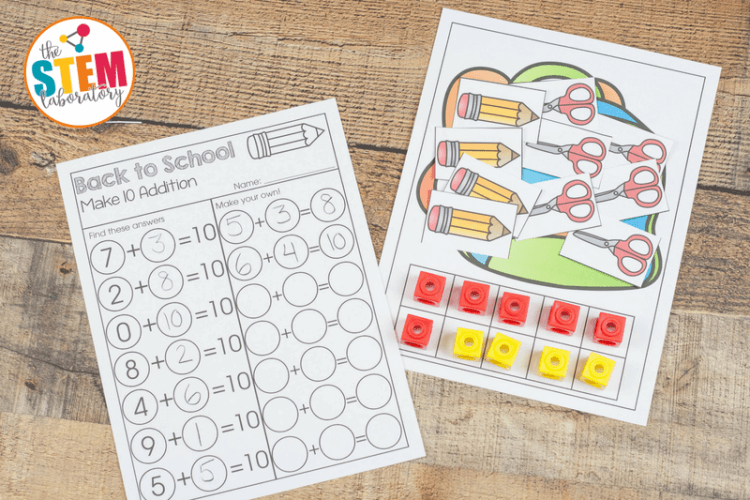 We started off using the recording sheet as a guide.  The left hand column is partially filled in to give students a start.

The first problem started with the number 7 so the kids counted out seven pencils on their backpack.

I asked, “If we add 7 scissors to the backpack, how many pencils do we need to add to make 10?”

Students counted up, “8, 9, 10” as they placed three scissor cards on the backpack.

“Three!” they announced as they figured out that seven pencils and three scissors equals 10 school supplies all together.

Then we took their learning one step further! Children placed seven red cubes on the ten frame and then filled the empty boxes with yellow cubes to show that 7 + 3 = 10.

They happily began working their way through the rest of the problems on the record sheet. 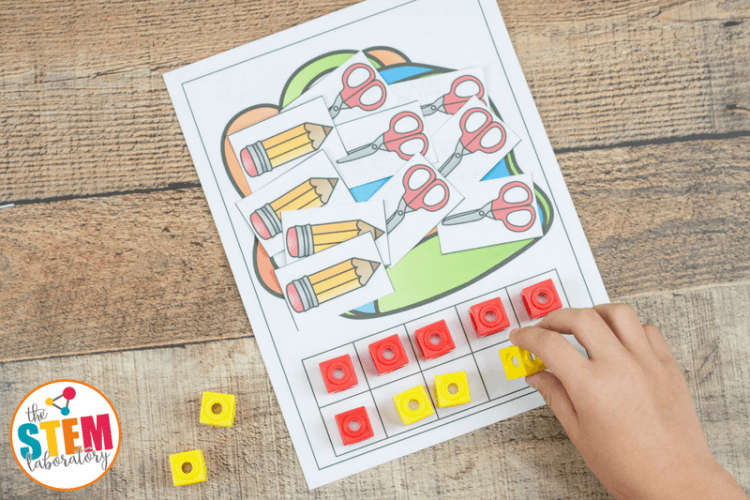 Ten frames are a great visual for math so I wanted my kids to be really familiar with how they look and function. 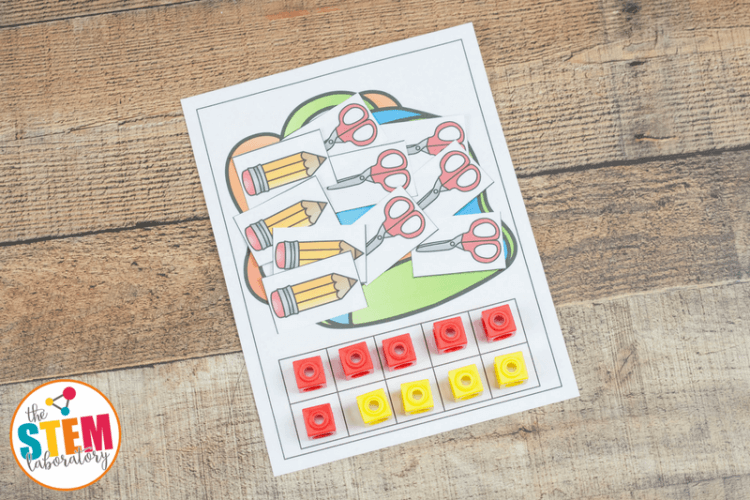 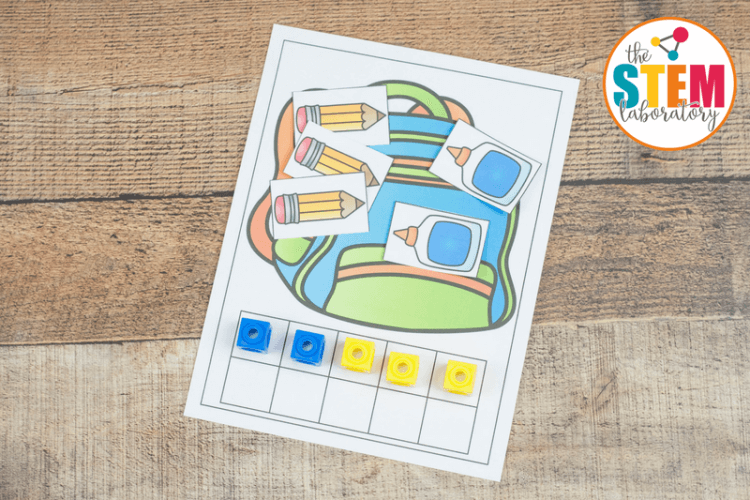 Any combination can be used.

Students just need to record their facts on the blank right column of the recording sheet.

Click the blue download button below and then hop over and snag our Editable Math Games in our shop!