Ready for an arrrr-some addition activity?! These color by code sheets make playful math centers, addition practice and early finisher activities. Pirates of all ages will love adding from 1 to 12 as they crack the secret code. 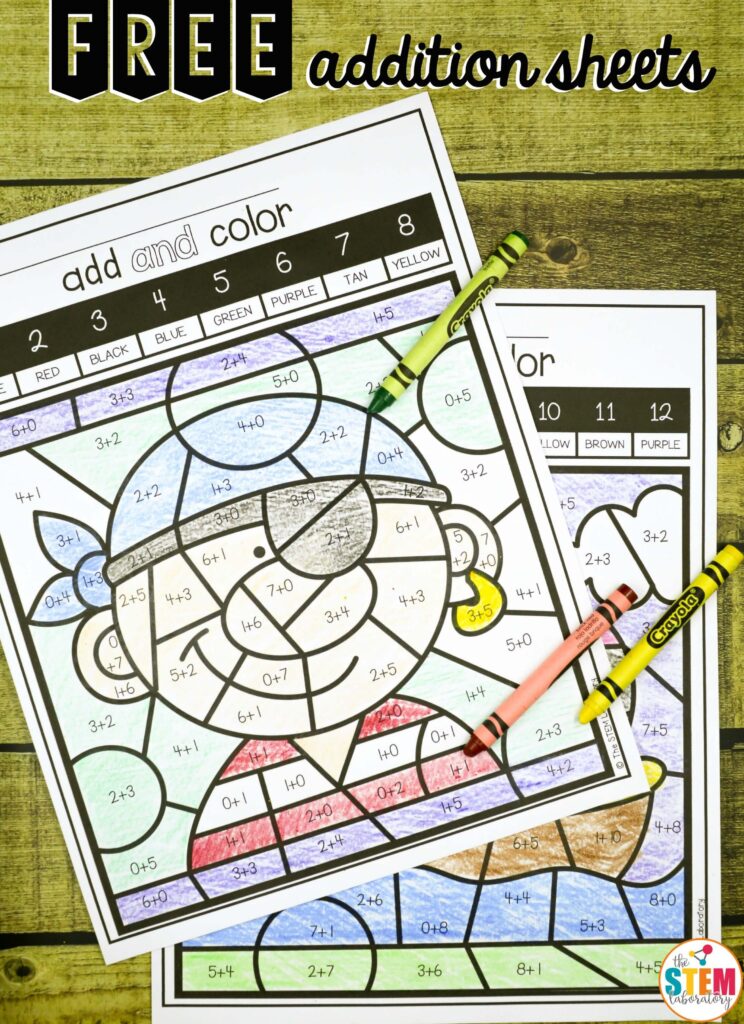 The prep for these color by code sheets was as quick as it comes.

I grabbed a box of crayons and printed off the color by code sheets front to back to save paper.

Big Brother (age 7) has his addition facts down pat so he was excited for a little pirate-themed challenge.

Working on one problem at a time, he solved the addition fact and then colored the space to match the code. 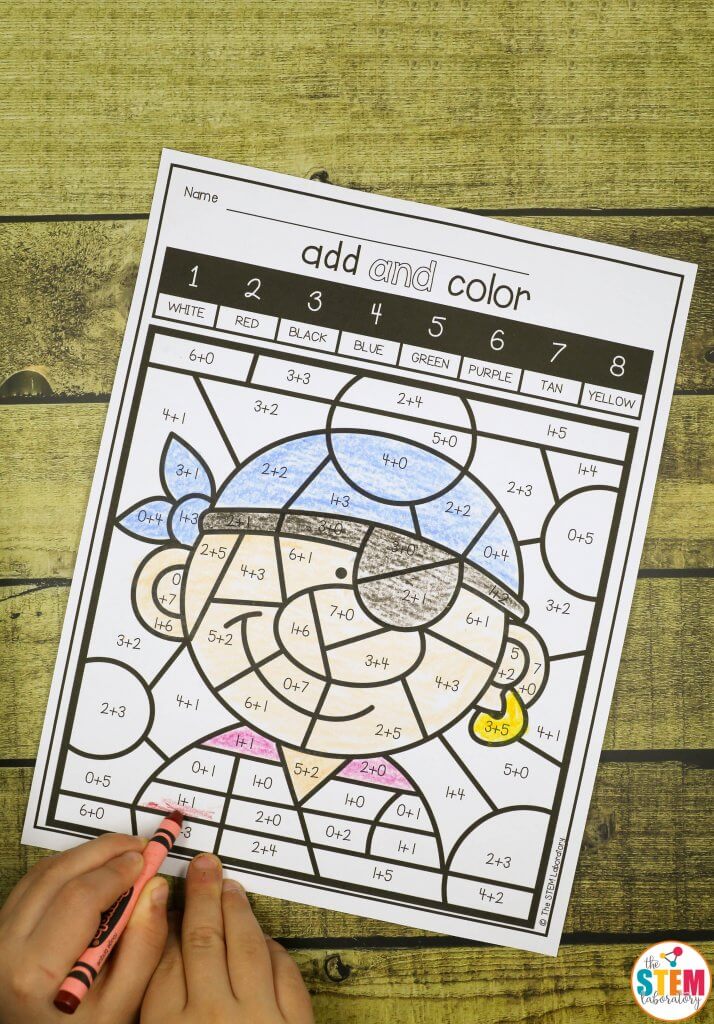 Tackling one problem after the next, he worked his way through the sheet. 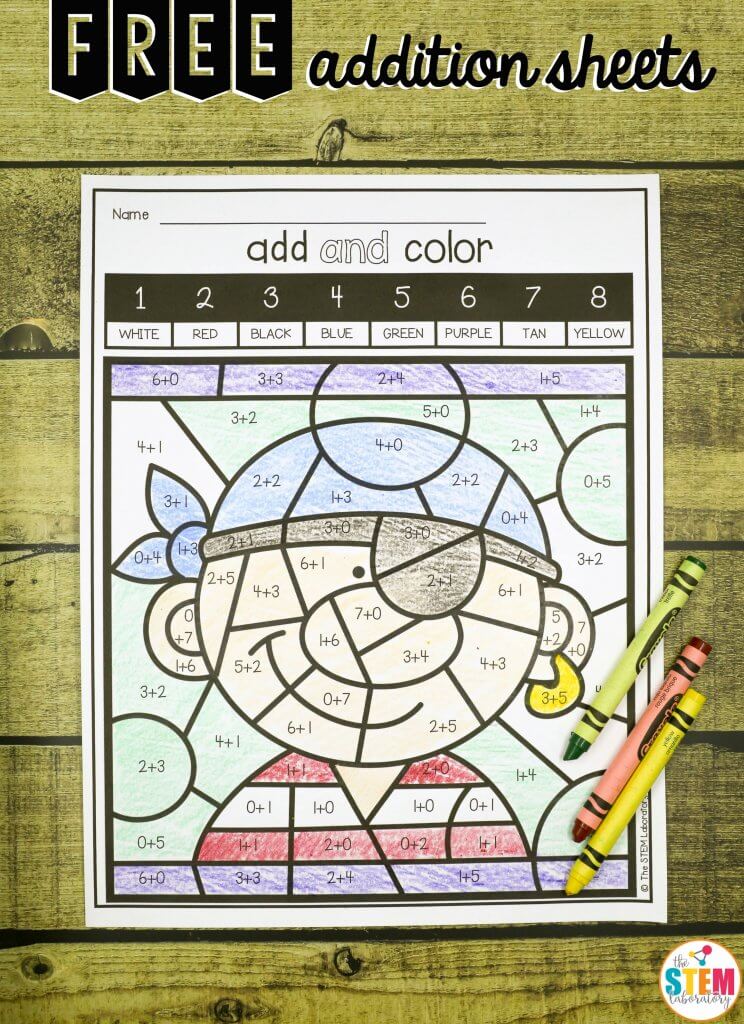 Then he flipped the page over and started coloring the pirate ship using a new code.

The problems were a little more difficult – this time they reached 12 – but the process was the same. Add and color, add and color… 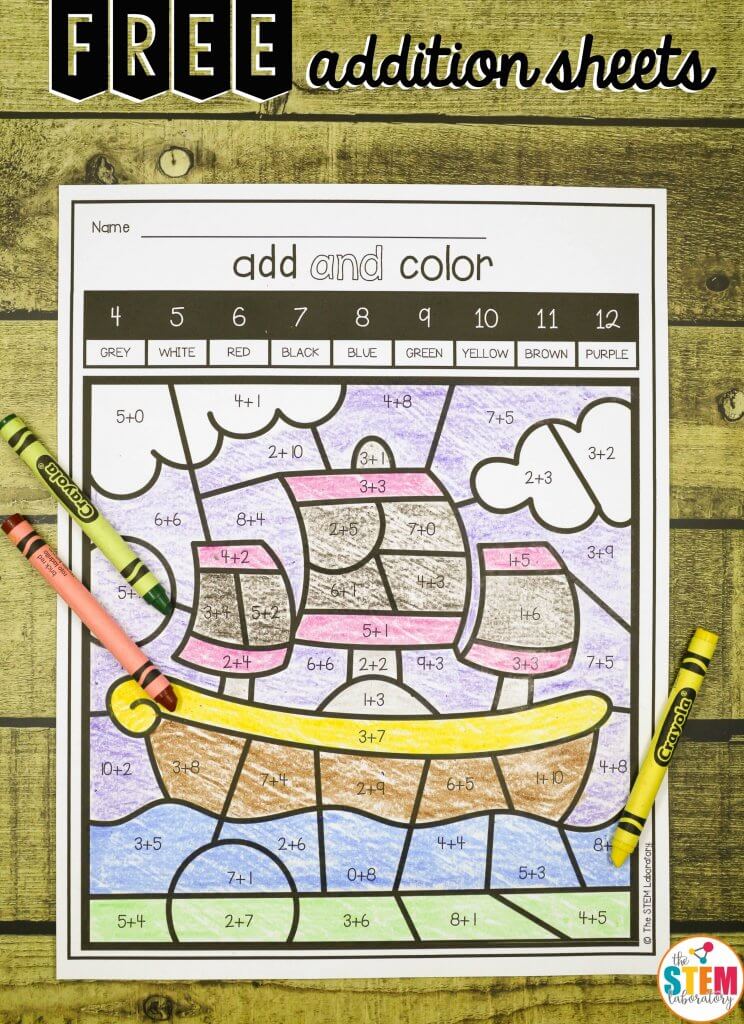 Click the blue download button below to grab your free color by code sheets and then find more pirate-themed fun with this list of 22 must-try activities for kids: 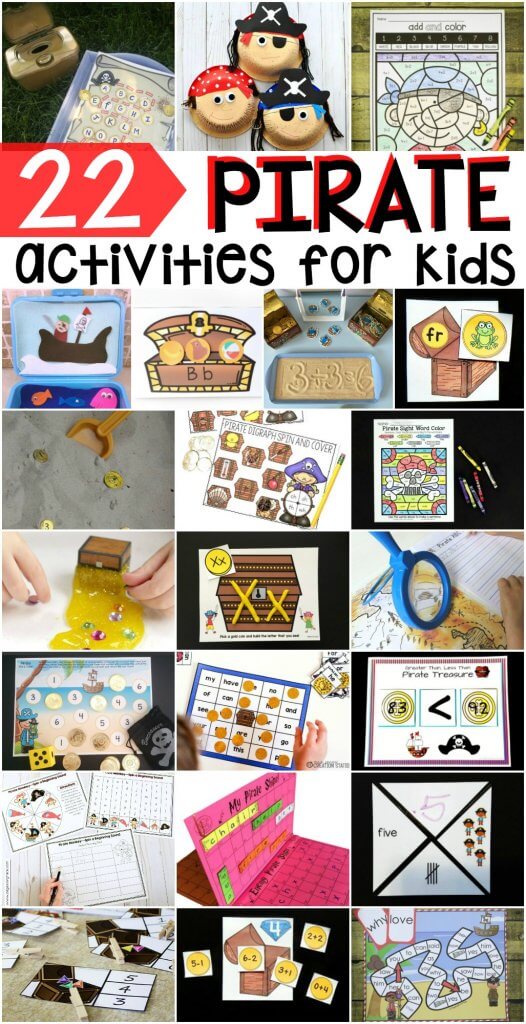 FROM LEFT TO RIGHT:

Digging for Pirate Treasure Numbers // Play and Learn Every Day