Wondering what to do with your overflowing recycling bin? This oh-so-cool DIY smart phone projector will inspire little engineers to turn recyclables into inventions. There’s no stopping the possibilities in a simple cardboard box!

Check out the simple step-by-step below and then hop over to our shop to snag our 30 Science Experiments kids will love! 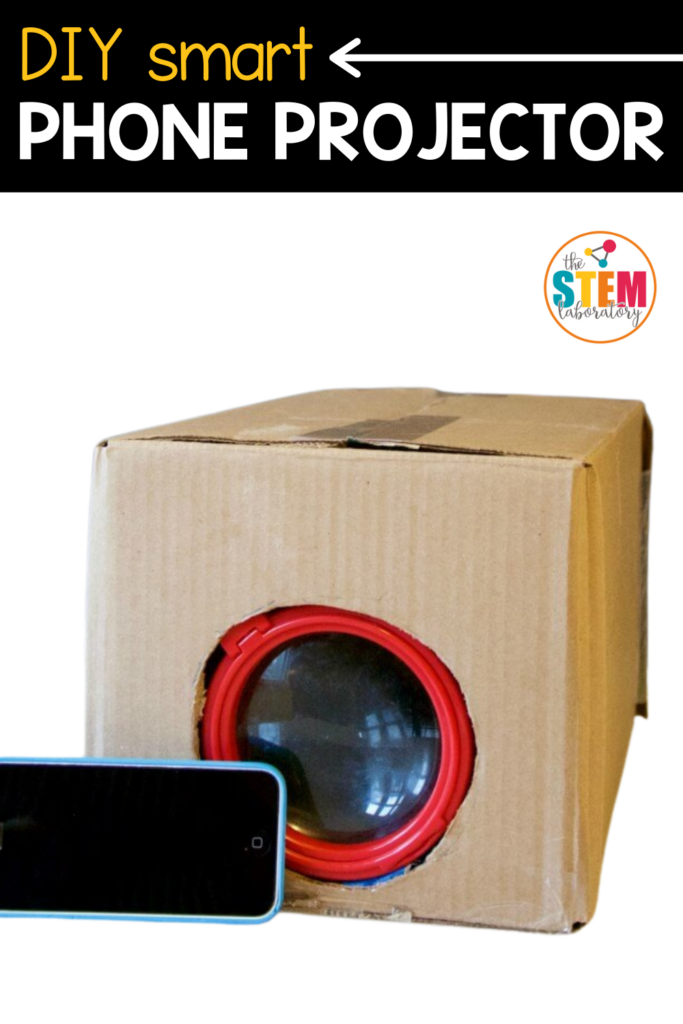 To make our DIY smartphone projector, we grabbed:

First, I had my 5 year old place the magnifying glass on the front of the box and trace it. 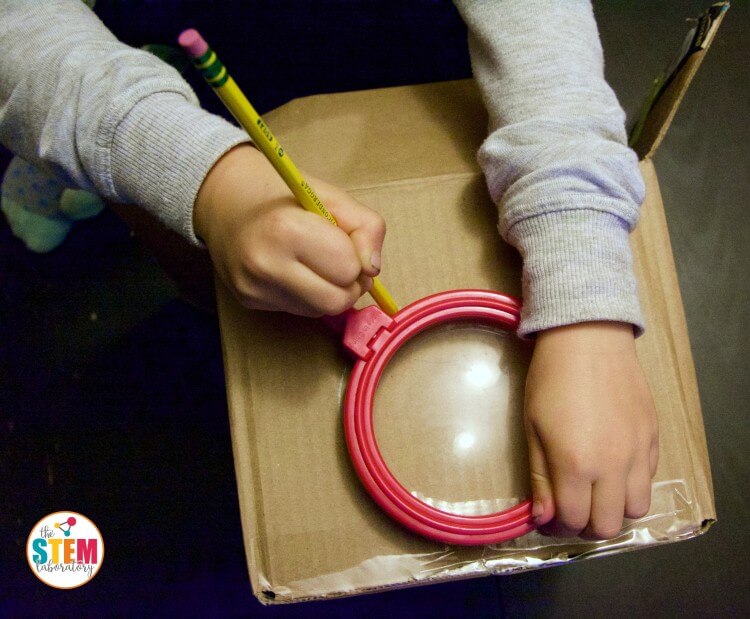 Then I used the scissors and a serrated paring knife to cut a hole in the box that was slightly smaller than the traced circle.

My 5 year old then used a spare piece of cardboard and folded it to make a stand for the phone. She secured it with a piece of tape. 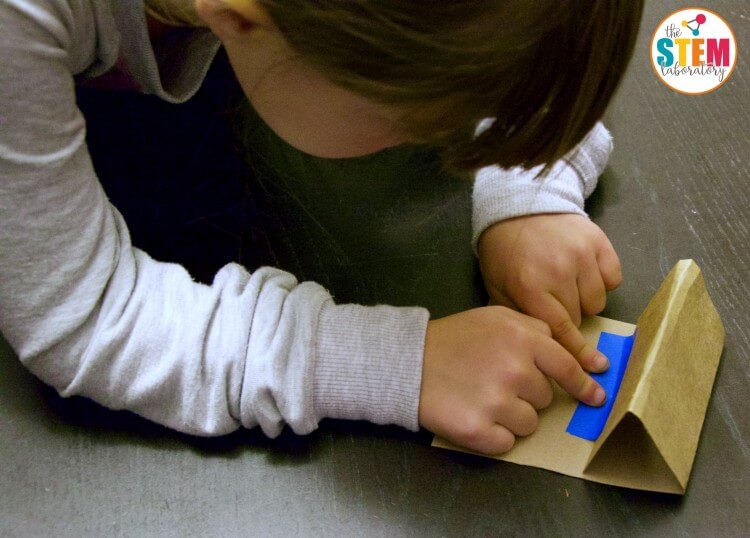 She slid the phone stand into the box, under the a cardboard flap in the bottom of the box. 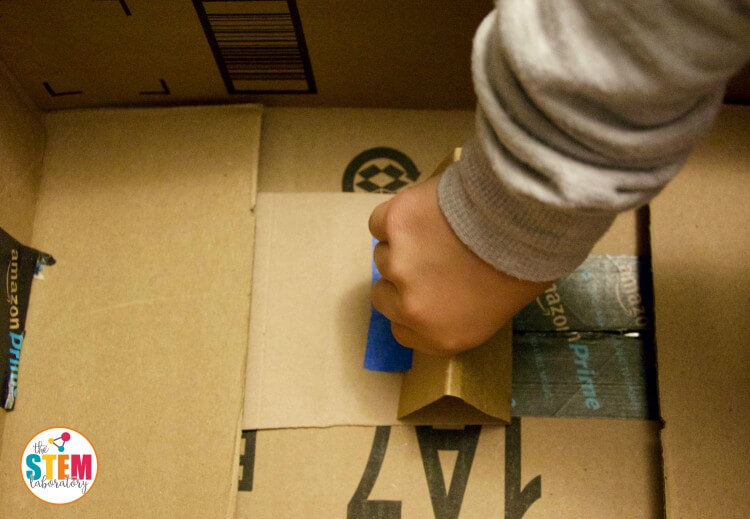 Next we taped the magnifying glass inside the box so that the lens aligned with the hole in the box.

Finally we added the smart phone on the stand. 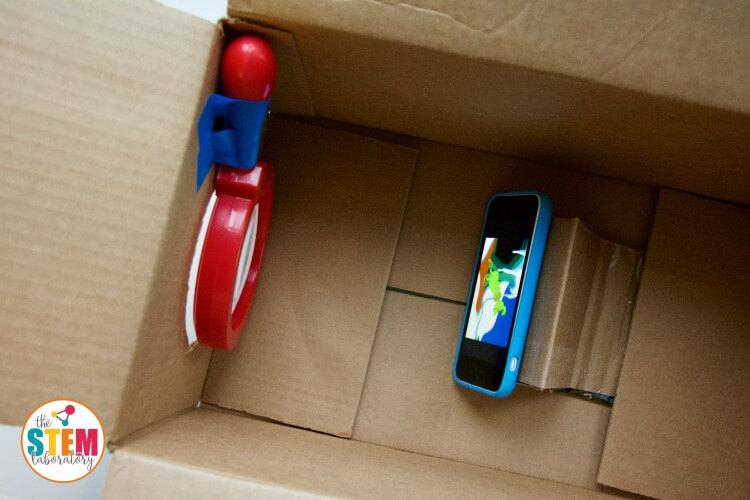 My daughter immediately noticed that the movie was upside down. We fixed the problem by locking my phone onto landscape orientation. Then I placed the phone back in the projector, upside down this time.

I pointed the projector at a white wall and focused the picture by moving the phone away from or toward the lens until the picture looked clear.

When the picture was focused. I taped up the box, turned down the lights, and let the show begin. 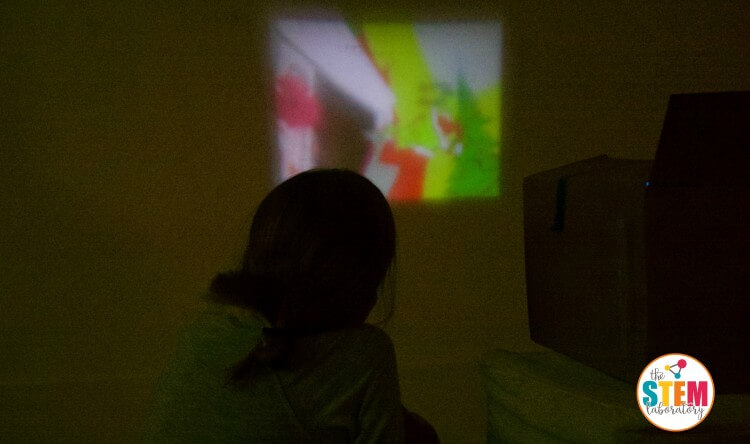 How did the magnifying glass make the picture bigger? The answer is in the shape of the lens.

The lens is convex, meaning its sides bend outwards. This allows it to catch, bend, and focus all the light from inside the box and project it onto the wall.

But why is the image upside down?

Without a brain to flip the image for us, we have to set our phone in the box upside-down.

Want more science?  Try our 30 Science Experiments that are kid-approved and tons of fun!